Orange Wine from Georgia Has Landed in Fort Lauderdale! 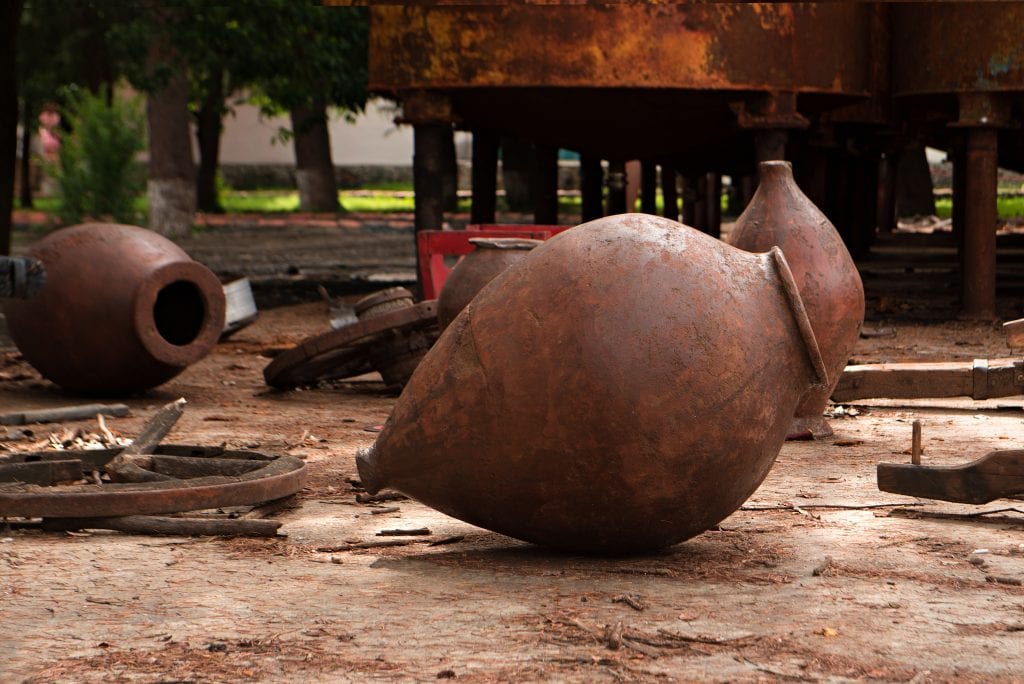 We’ve Got Three Brand New Georgian Wines to Share with You!

A Long History of Winemaking in Georgia

The Republic of Georgia is the oldest wine-producing country in the world. Georgia borders the Black Sea and the High Caucus mountains. Wine is integral to the culture of Georgia, whose history is a succession of struggles for independence from such empires as the Assyrian, Roman, Persian, Byzantine, Arabian, Osmanli, Russian, and, latterly, the Soviet Union. Throughout all these struggles, Georgia retained a strong identity by keeping its own language and customs, Christian religion, and a national reverence for wine which persisted for more than 8,000 years.

Archaeology provides ample evidence that viticulture was long an important occupation of the Georgian people and wine drinking an integral part of their culture. Grape seeds, special knives for vine pruning, stone presses, pottery, silver and gold vessels for wine, and jewelry depicting grape bunches and leaves dating back to between 6000 and 5000 BC have all been unearthed.

Today, Georgia is more well known for making one of natural wine’s most celebrated categories, orange wines. These skin-contact white wines are made from a wide range of high-quality indigenous grape varieties and employ a tradition of fermenting a percentage of its wines in qvevri. A qvevri is a uniquely Georgian clay vessel used for fermentation and aging of red and white wines for many centuries, especially, but by no means exclusively, in Kakheti in the east. The rounded, wide-mouthed earthenware jars vary enormously in size, from 50 liters for a family’s domestic production to 700–4,000 liters for commercial use, the larger ones for aging rather than fermentation. Unlike Roman amphorae and Spanish tinajas, qvevri are buried underground, requiring no temperature control and benefiting from natural settling and clarification. 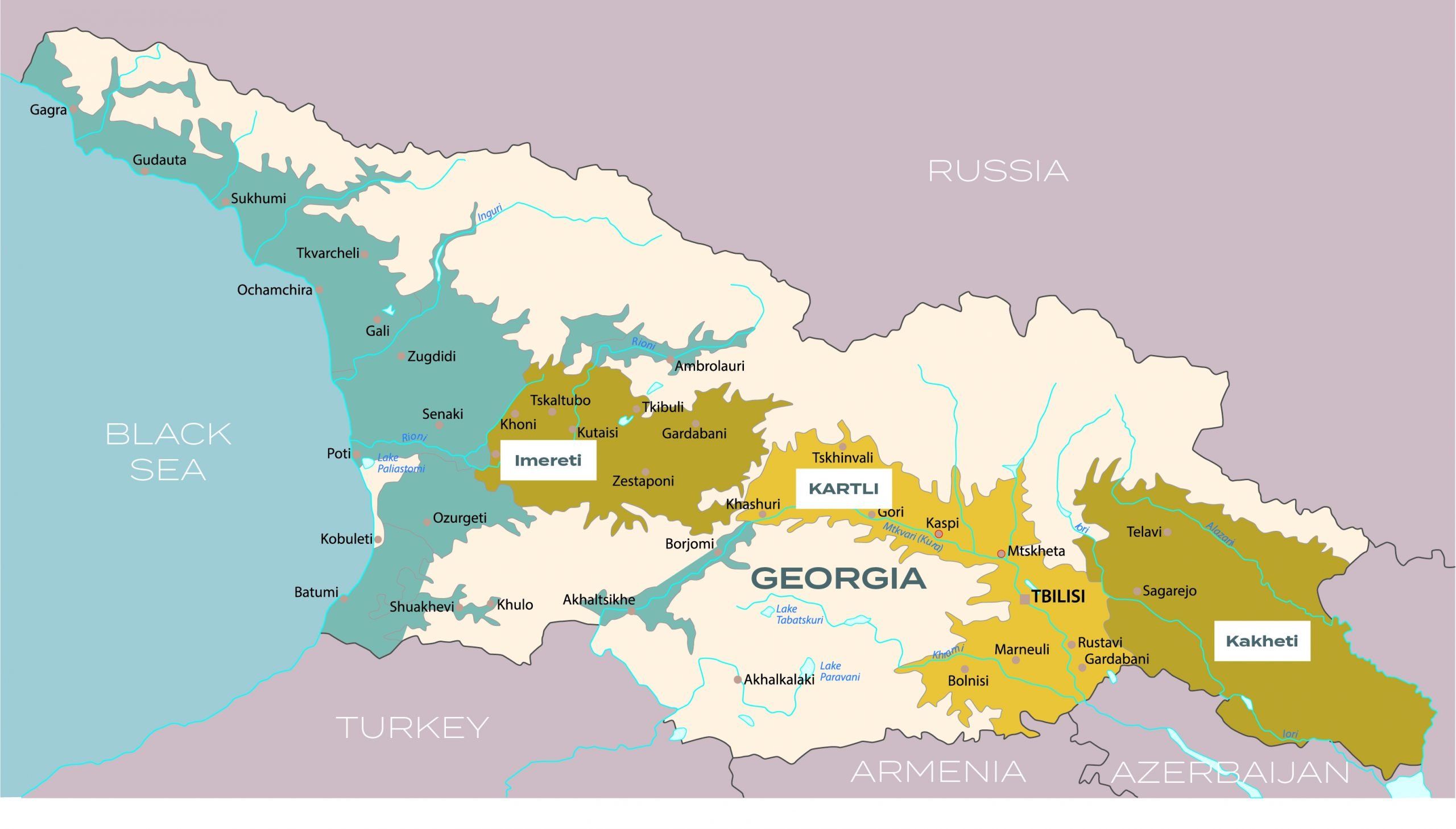 Goga Tevzadze established his traditional micro-winery at his home in Mtskheta in 2018. A founder of the small craft distillery “Riravo,” which produces high-quality fruit brandies, he eventually left to pursue his love of winemaking. Tevza is focused on producing lively, natural, and highly expressive wines from the distinctive varietals of Kartli, sharing the region’s native wine traditions with the world. 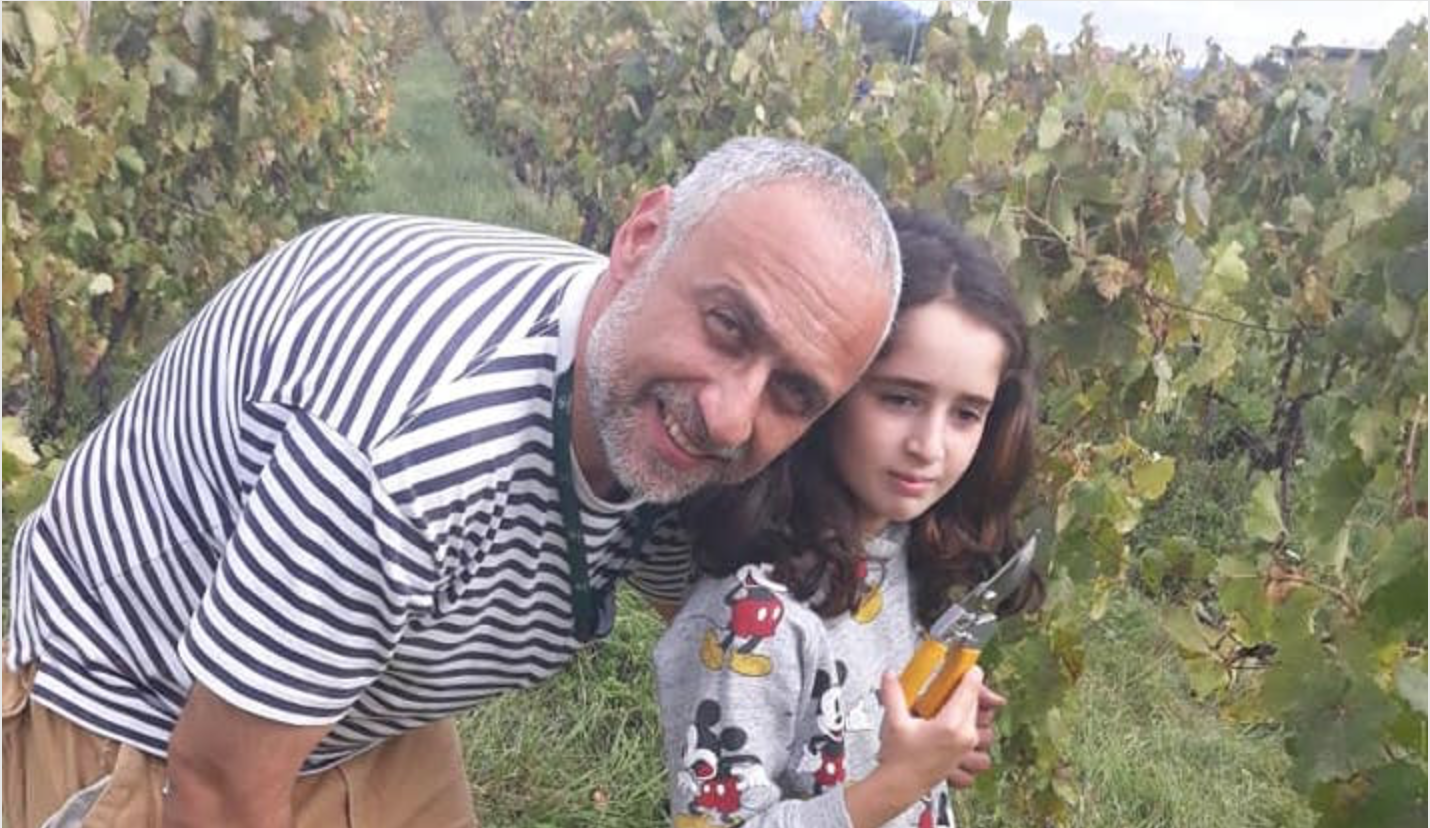 Tevzadze’s wines, made from grapes harvested from 10-12-year-old vineyards, are super low-intervention and made with love. They offer an artisanal take on the textures and aromatics of traditional wines from Kartli. They are especially juicy and soft compared to other Georgian wine regions and sport highly expressive and unusual bouquets: honeysuckle, melon, olive, and cut grass.

Tevza Goruli Mtsvane Orange Wine is made from an indigenous variety from the Kartli region of Georgia. The name means “green one from Gori”, a city located in Kartli. Not to be confused with Mtsvane from Kakheti which is an entirely different variety! Goga Tevzadze, the winemaker at Tevza, is on a mission to explore, preserve and promote indigenous varieties from Kartli but with his own spin. This particular year he did a very long time with the skins and the wine came out a lovely amber, with pithy tannin almost like red wine from Kakheti. This is a wine that loves food. 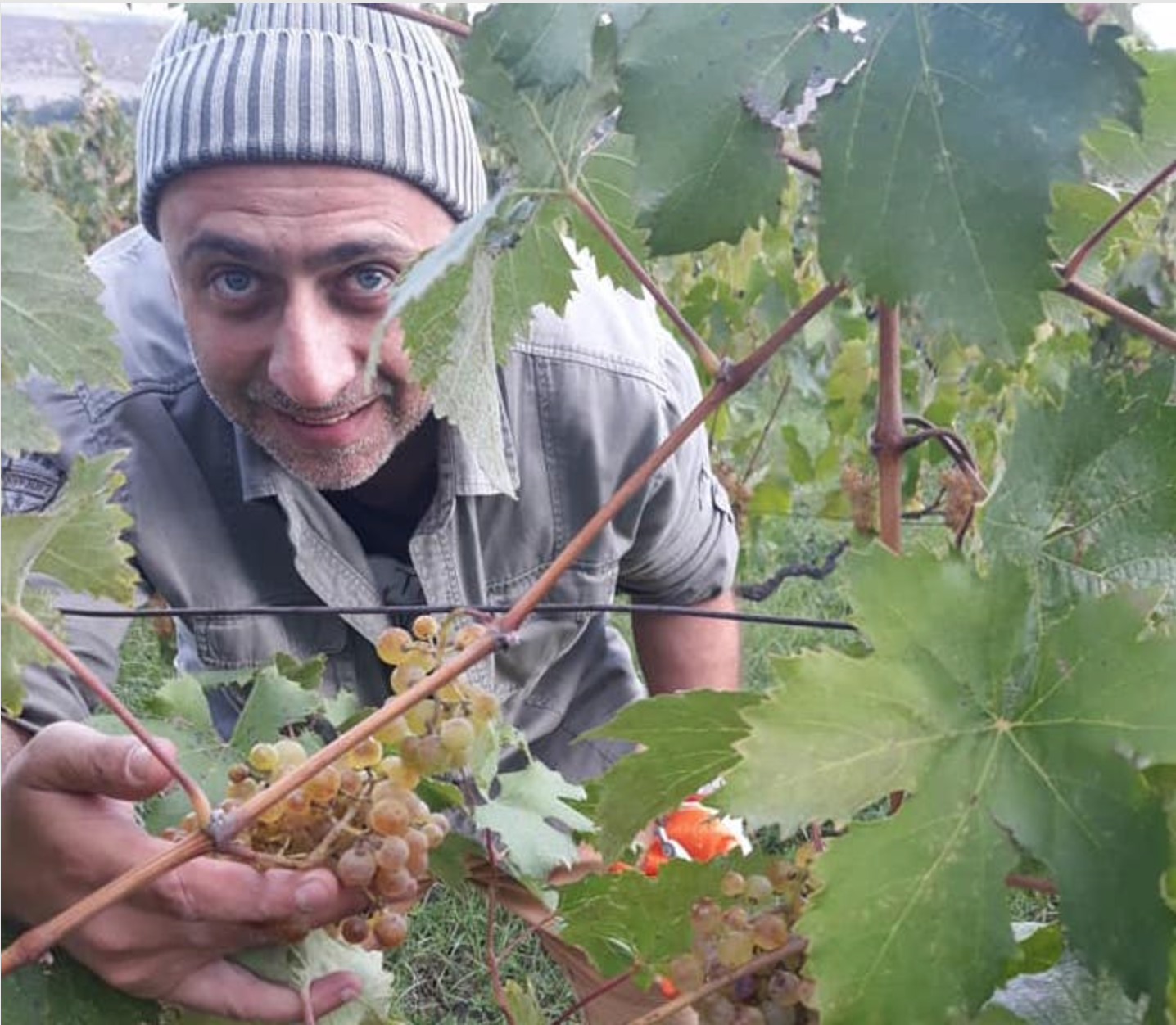 Grapes are handpicked at optimal ripeness and gently transported from 14-year-old vineyards (40km distance) to Tevza Winery and directly crushed into qvevri. Wild fermentation starts at room temperature. Spontaneous fermentation stops when the wine is dry, which is followed by natural malolactic fermentation. After analyzing and tasting the wine Goga fills up each individual qvevries from the reserved lots of the same wines. Maceration and skin contact for 5 months.

Baia Abuladze is a young woman, who together with her sister Gvanca Abuladze and their family in Obcha, Imereti in the west of Georgia, are bringing new life and energy to a region with a storied history but whose winemaking traditions had suffered greatly during communist times. 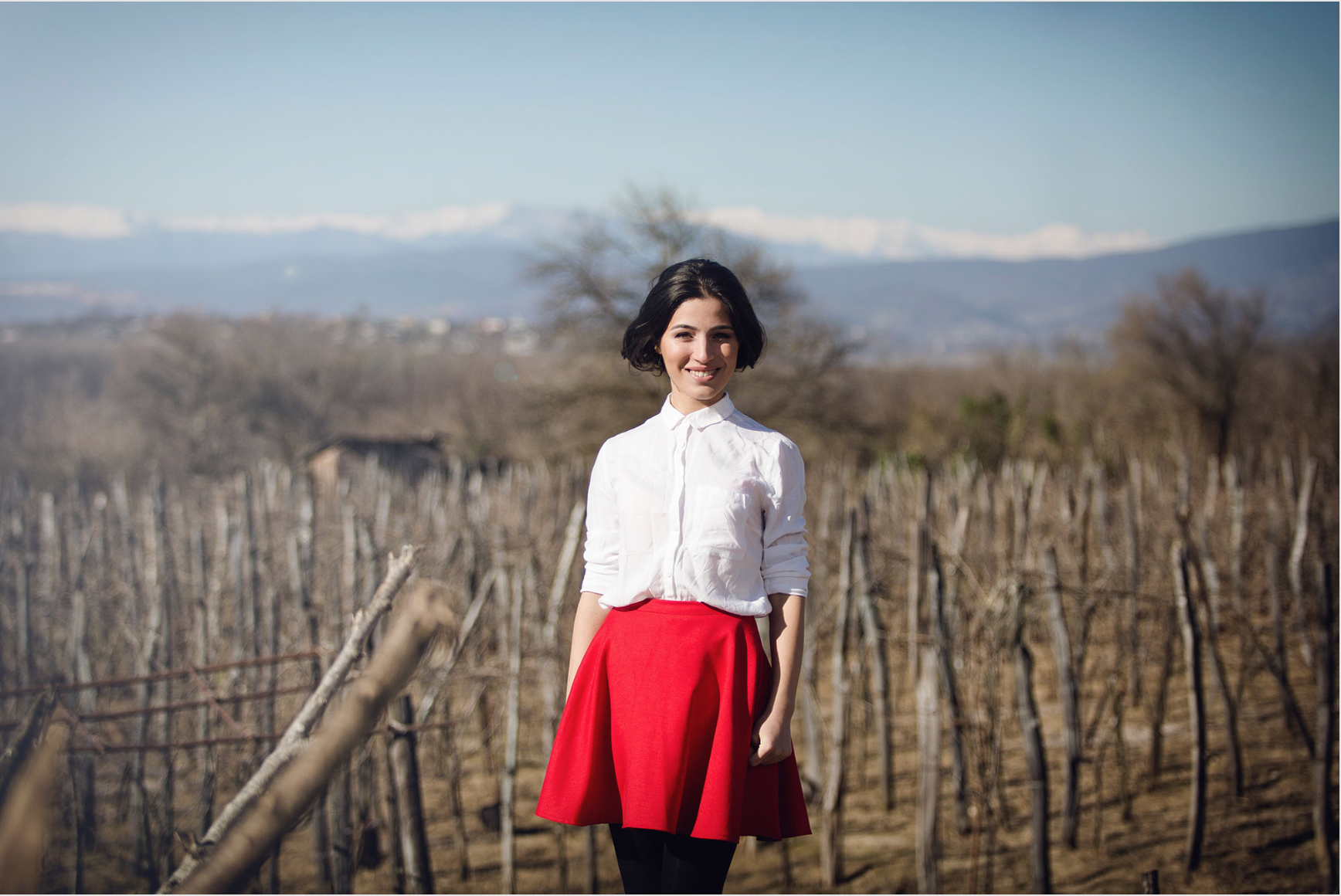 Baia began studying viticulture and winemaking studying from her grandfather as a little girl. Starting in 2015 Baia, who was then 22 years old decided to take bring new life to the 1.5 Hectare estate and family wine cellar. With the help of some woman winemaker-specific grants, she procured the necessary tools to bottle their first vintage in 2015 comprising of 5,000 bottles. Over the years Baia and Gvanca have been making unique woman-made wines with the purpose of preserving and being a part of the 8,000 Georgian wine tradition.

Baia’s and Gvanca’s wines all center around indigenous grapes varieties to Imereti. The western part of Georgia, which is closer to the black sea, is more humid than the east thanks to a mountain range, which traps all the humid sea air. Over 8,000 years grapes have been adapting in Georgia and the western varieties tend to be higher in acid due to the unique climate. For white grapes, Baia has three planted in her family vineyards: Tsitska, Tsolikouri, and Krakhuna. All three of these grapes produce higher acid more mineral-driven wines. Baia is producing both in the traditional method in qvevri, large earthen clay jars buried under the ground, and in stainless steel cisterns. Most of the wines are produced with some amount of skin contact.

Baia’s Wine Krakuna Blend Orange Wine is a blend of indigenous Georgian grapes, Krakuna, Tsitska, and Tsolikouri. The varieties are high acid lower sugar grapes having adapted to the more humid western Georgian climate. All the fruit is estate grown in the vineyards in the village of Obcha, hand-picked and hand-sorted. After destemming, the wine is pressed and put into qvevri with partial skins and fermentation starts spontaneously.

Song: My God Is The Sun by Queens of the Stone Age

Orgo is an artisan winery located in Eastern Georgia that specializes in the 8,000-year-old Georgian qvevri winemaking tradition and sources all their grapes sourced from at least 50-year-old vines. Making wines from old vines in Georgia is a rare and difficult project since during soviet times most older vines were ripped up and replaced so as to produce more grapes. Orgo is a labor of love and is one of the only examples of old vine Georgian wines. The concentration of the old vine grapes and the skill of the winemakers is a unique combination for Georgian wines. Orgo produces distinct visions wines that follow the ancient Georgian qvevri style but raise it to new heights of elegance. 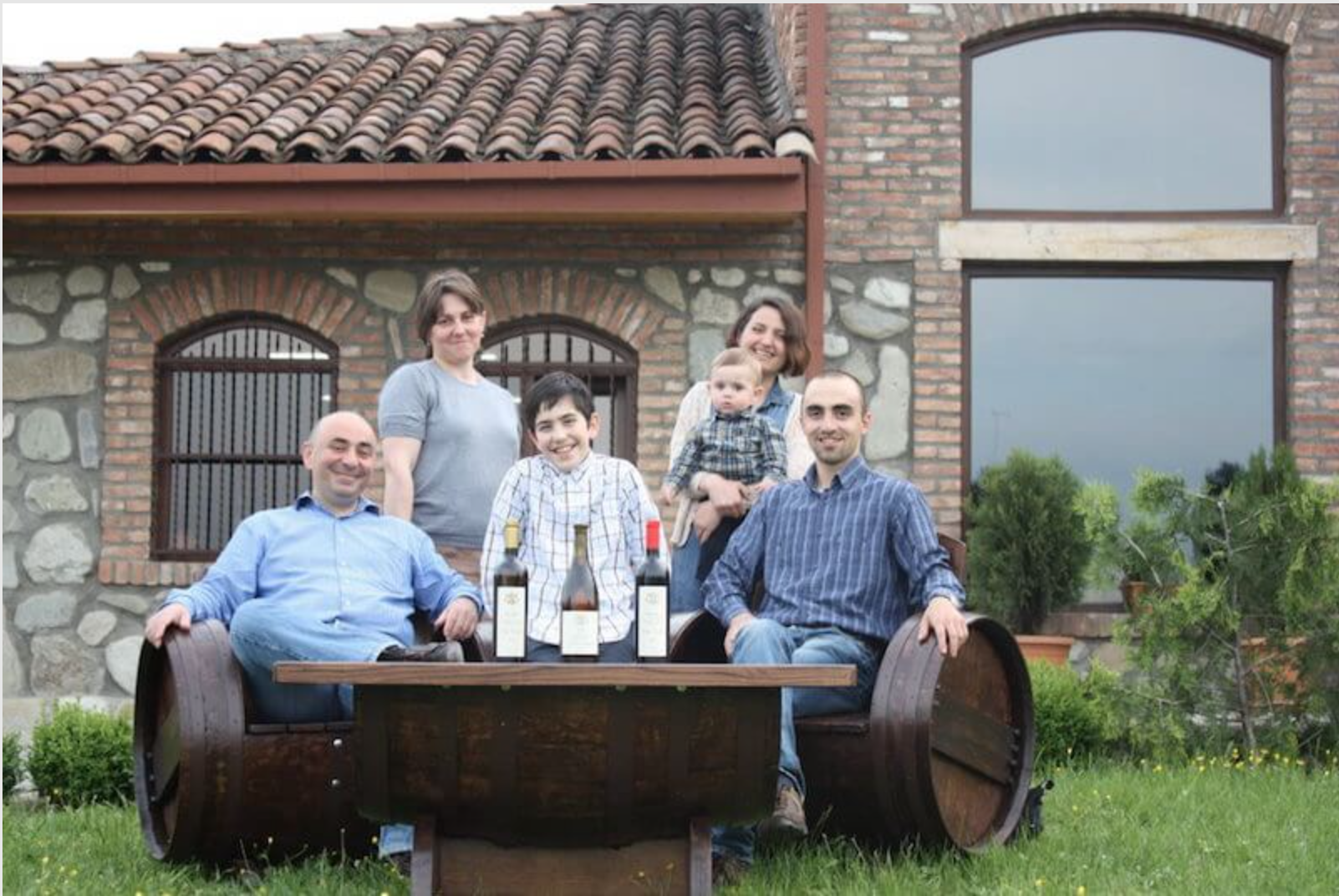 This small artisan winery, located in the Kakheti AOC in eastern Georgia, is a project between the famous Georgian winemaker Gogi Dikishivili and his son Temur Dakishvili. Temur’s youth and energy coupled with Gogi’s experience and wisdom create a unique partnership, one that both honors the centuries-old Dakishvili family winemaking tradition, yet makes it new again each year. The mission of Orgo and this partnership is to make singularly unique wines that add their own elegance and refinement to the 8,000-year-old Georgian wine-making tradition.

Dila-O Rkatsiteli Mtsvane is a 50%-50% blend of Rkatsiteli and Mtsvane grapes fermented and made in qvevri (large clay jars buried under the ground). This is an amber or “orange” wine style but made in a lighter style with only 1 month of skin contact. It is a perfect introduction to the style.

Dila-O Rkatsiteli Mtsvane has a bouquet of melon and cantaloupe aromas thanks to the Mtsvane and good acidity thanks to Rkatsiteli.

Song: Walk Between the Raindrops by James McMurtry