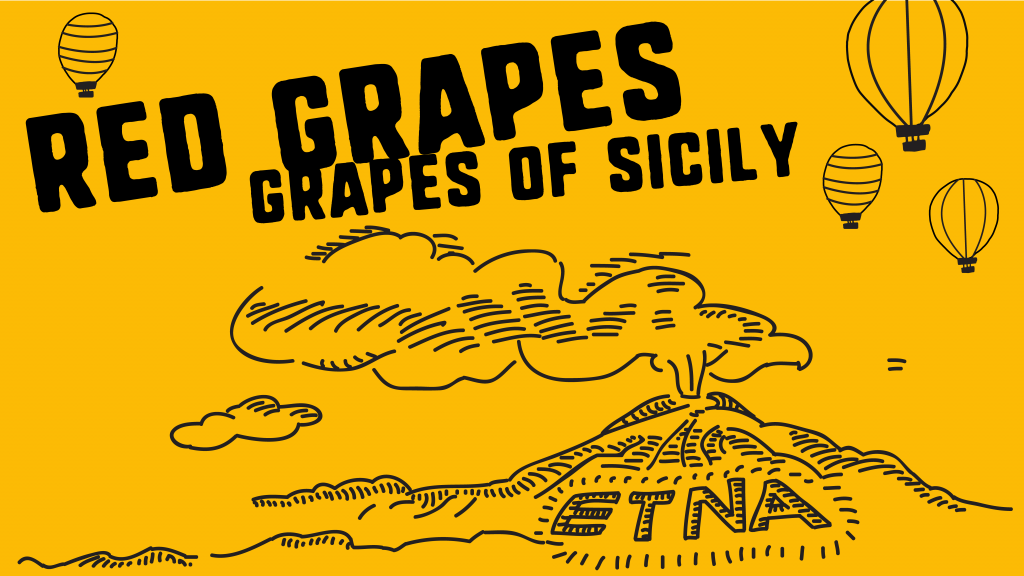 For more than 2500 years Sicily (Sicilia in Italian) has been a significant center of Mediterranean viniculture. Blessed with consistently bright sunshine and reliably moderate rainfall, Sicily’s classic Mediterranean climate is ideally suited to the production of wine grapes. The warm, dry climate means that mildews and rots are kept to a minimum, particularly in well-ventilated areas that benefit from coastal breezes. This low disease pressure means that chemical sprays are hardly needed, so much Sicilian wine is produced from organic grapes.

Sicily’s soils, and the mountains from which they came, are of particular interest when it comes to studying the island’s viticulture. Mount Etna, the towering stratovolcano, dominates the island’s eastern skyline and is responsible for the mineral-rich, dark soils that characterize the Etna DOC vineyards. Vines are now being planted higher up on the volcanic slopes, to capitalize on the cooler air and richer soils there.

The key grape varieties used in Sicilian viticulture are a combination of native varieties (those historically cultivated on the island) and newer, more fashionable imports. Sicily saw a trend in more plantings of high-yielding syrah, grenache, and other international varieties in the early 2000s. Yet,  native varieties have seen a resurgence in the past few years thanks to a band of natural wine producers who produce the most interesting wines the island has to offer. 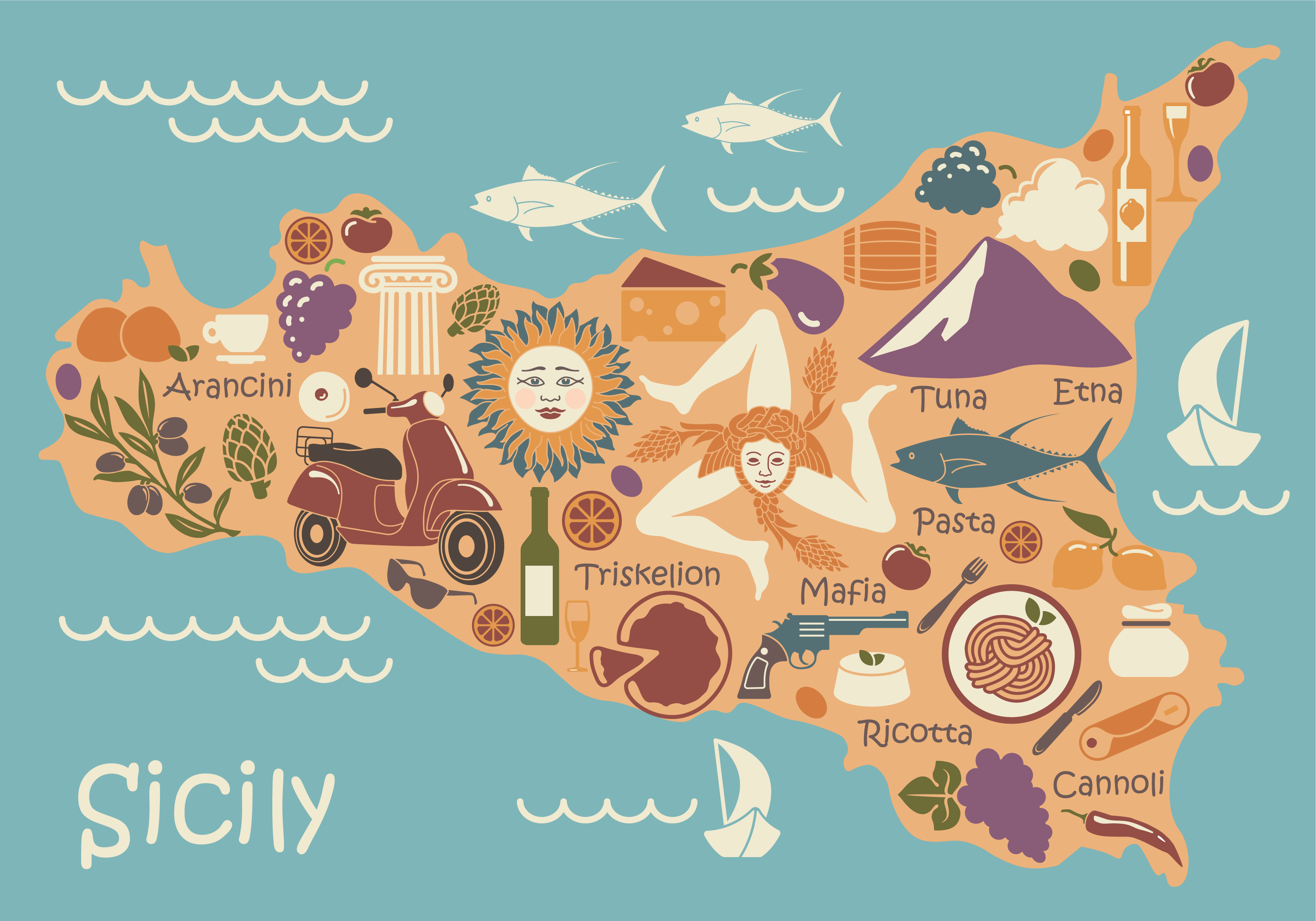 The Red Grapes of Sicily

Nerello mascalese (pronounced nair-rello mask-ah-lay-zay) is a light-to-medium-bodied red wine that primarily grows on the slopes of Mount Etna in Sicily. Its wines, which have had a rapid upsurge in popularity in the last decade, have a tendency to reflect their surroundings, giving taut, fresh red wines with fruity, herbaceous flavors, excellent minerality, and an earthy nuance. Despite its rarity, the wine offers amazing value and a taste profile that’s often likened to fine pinot noir from Burgundy and nebbiolo from Barolo.

Frank Cornelissen Munjebel FM Rosso is from the same contrada as the Munjebel PA, but the grapes are sourced from the lower vineyards.

Frank Cornelissen Munjebel PA Rosso is a pure Nerello Mascalese from a single vineyard. Powerful and majestic with loads of character.

Song: The Other Side of Paradise by Glass Animals

Song: Life By The Drop by Stevie Ray Vaughn

If you love full-bodied dry reds like cabernet sauvignon or syrah then nero d’avola (pronounced nair-oh davo-la) is your Sicilian go-to wine. This lesser-known native Sicilian grape variety deserves more recognition as a wine to be taken seriously.

For most of the 20th Century, nero d’avola was used as a blending grape and the name very rarely appeared on wine labels. By the turn of the 21st Century, however, the grape’s fortunes had changed considerably, and it is now common to find nero d’avola produced as a varietal wine as well.

Nero d’avola typically has high tannins, medium acid, and a strong body. However, it can also be very smooth if grown at higher elevations where cooler temperatures restrict the alcohol levels. It thrives in the eastern part of Sicily. Because of its generous color, Nero d’Avola is sometimes produced as rosé wine.

Arianna Occhipinti SP68 Rosso is a blend of Frappato and Nero d’Avola, sourced from organic vineyards and aged 8 months in concrete tanks. Floral with red fruits and berries. Tart acidity and a streak of salinity balance the pure fruit.

Song: Right On by Marvin Gaye

Frapatto is Sicily’s answer to Cru Beaujolais. A light red wine with sweet juicy red fruit aromas and a soft body style is reminiscent of gamay. Frappato is found more commonly in combination with other varieties. Nero d’avola is its prime blending partner, because of its complementary bodyweight and concentration of color. Frappato wines may also be blended with nerello mascalese, nerello cappuccio and nocera. Many of Sicily’s top producers, such as Planeta, COS, and Arianna Occhipinti do make a single variety wine.

Song: Steady As She Goes by The Raconteurs

Perricone is a little-cultivated red wine grape variety grown in western Sicily. It is most commonly used in blends with the island’s dominant grape, nero d’avola, where it offers up texture and a deep pigment. In varietal wine, perricone is often described as being quite similar to barbera, with high acidity and characteristics of red berries, earth, and herbs. However, it also has strong, noticeable tannins that can accentuate the bitterness many people find on the palate of these wines.

Il Censo Njuro Perricone leans toward black cherry and blackberry, with notes of licorice and dark chocolate. An ample and gregarious wine.