Maloof Wines: Energetic Wines from the Heart of Oregon 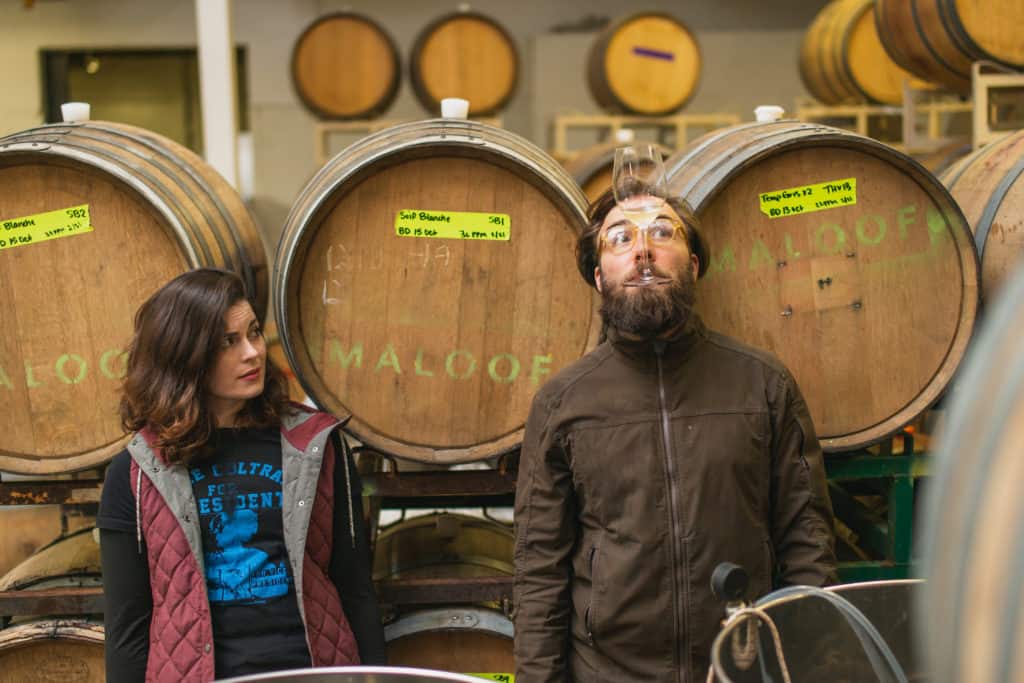 From Pinot Noir and Beyond

I moved to Portland, Oregon in the early 2000s after a weeklong visit to wineries and exploring the city on a vacation. The region hooked me instantly. After living in Texas most of my life, I welcomed the move to an area with actual seasons and with easy access to delicious wine, beer, and food. I worked near the Willamette Valley region and visited many vineyards during my time there. It was not uncommon for me to leave work and head to a vineyard for a tour or tasting. (Sometimes I even did this off the clock).

Of course, everyone was growing Pinot Noir and Chardonnay. With some you could see Pinot Gris, Riesling, Gamay, and other grapes, but it was really a pinot-heavy time in winemaking. It’s the grape that brings both the boys and girls to the yard. No one, and I mean NO ONE, was producing “natural wines.” (Ok, maybe someone was at this time but they were not on my radar.) Hardly anyone was producing wines from grapes other than those mentioned above. Consumers expected Oregon wine, and especially Willamette Valley wine, to be elegant Pinot noir or Chardonnay. But both times and tastes change. There is now a growing contingent of natural wine producers in Oregon who are stretching the boundaries of what is grown and how wine is made in the region. One of our favorite wineries leading the charge is Maloof Wines. 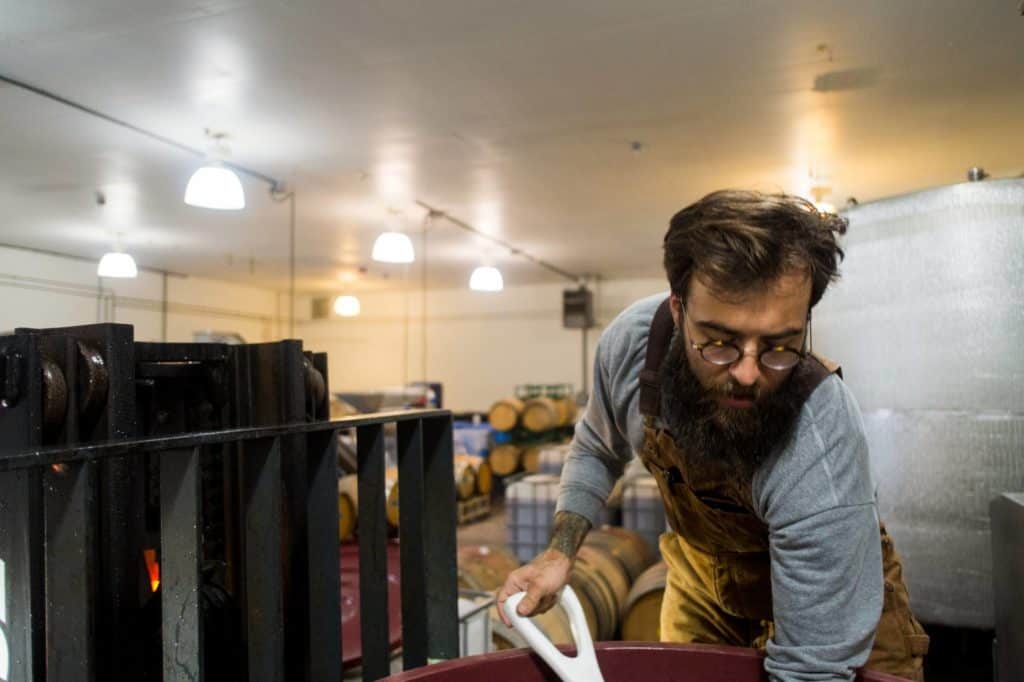 Maloof Wines is a husband-and-wife winery team based in Forest Grove, OR. They are a true yin and yang team. One is a materials engineer grounded in hard science, and the other is a restaurant professional. Both are two nerds with a penchant for good hospitality and properly fermented pizza dough.

Bee Maloof represents the hard science behind the project. Prior to playing with grapes, she worked for close to a decade as a materials science engineer in aerospace. As a long-time lover of food and wine, Bee turned her scientific eye from rotorcraft to winemaking during the 2016 harvest.

Ross Maloof broke into the production side of the wine industry initially by traveling to Oregon to visit some friends, and ended up working harvest at Day Camp, a co-op started by Brianne Day. Before getting his first taste for winemaking, he worked for just over a decade in the Philadelphia dining scene at such wine destinations as Vedge and A. Kitchen. His hospitality work always had a huge focus on the beverage side. After the 2016 harvest (Maloof wine’s 2nd vintage), the two went back to Philly, but Oregon had left its mark on them, and in 2017 they relocated to Oregon permanently. The area tends to do that to people. 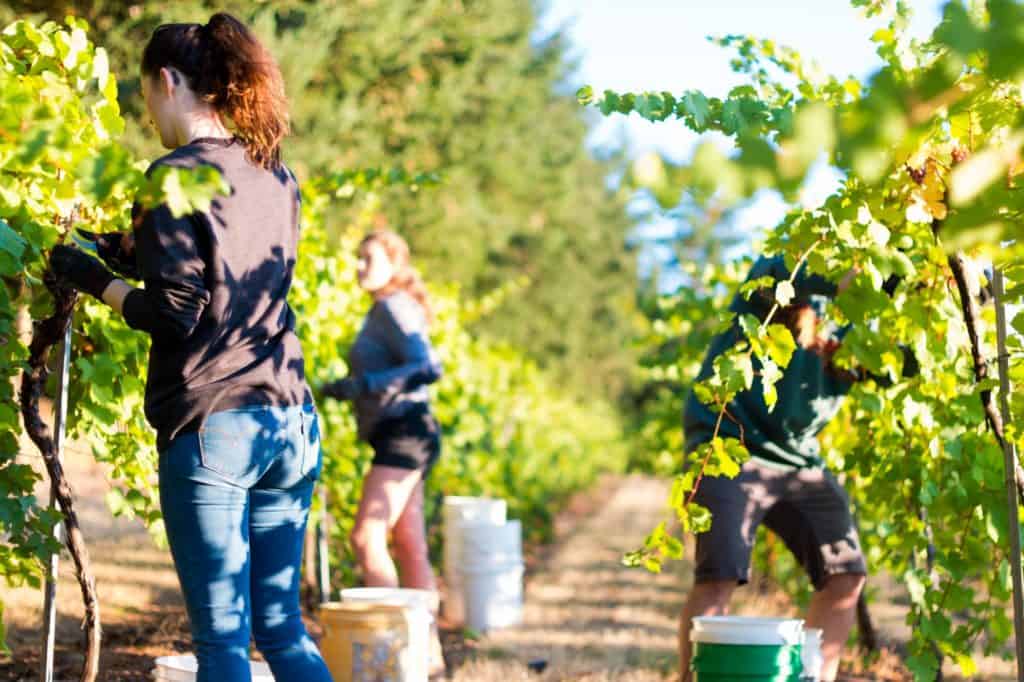 Energetic Wines from the Heart of Oregon

Today, Maloof Wines are produced at No Clos Radio, their estate vineyard and winery location. No Clos Radio is just outside of Forest Grove, which is due west of Portland. The vineyard and winery is shared with their closest friends, Jim Fischer and Jenny Mosbacher from Fossil & Fawn. Ross and Bee are dedicated to making wines full of energy. Wine that truly capture place and time in each bottle. Ross and Bee work closely with their farmers to achieve this goal. They consider their farmers the true inspiration of for their work. Maloof wines are fun and funky cuvées of all colors. Ross and Bee focus on producing single-vineyard wines of often-overlooked or misunderstood white varieties.

Trust me you are going to love these wines.
Salut!
Tim

The Wines of Maloof

Maloof Wax On, Wax Soif Blanche is an ever-changing blend of field grapes. This vintage is a tribute to lush Rhone-style white blends.

Song:  Tide is High by Blondie

Maloof Where’s Ya PJs At?

Maloof Where’s Ya PJs At? is not quite a skin-contact white and not quite a rosé. What it is is a damn good wine that tastes like strawberries and dreams.