It Is Bubble Time: Sparkling Wines 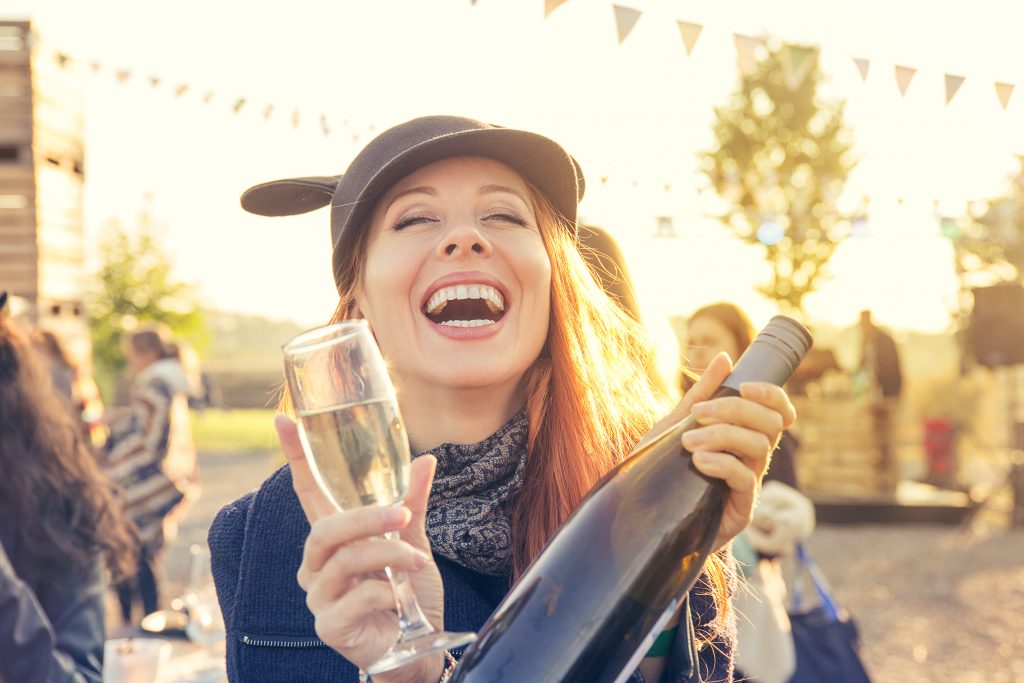 In this final week of the year, we all collectively turn our sights to the most regal of wines… CHAMPAGNE. No other wine says celebrate like Champagne. But what is Champagne really? The strong association with France might lead you to believe that these wines originated in France, but sparkling wines were invented in that bastion of all things delicious… England. Yes, that’s right, the ENGLISH brought us the wonder of sparkling wine in the late 1600s. Even more shocking in those days, the English were the ones that liked their bubbly wine dry. The French preferred it sweet. French sparkling wine production didn’t begin until late into the 17th century, almost 50 years later. The oldest surviving Champagne house, Ruinart, was not established until 1729. By the late 1700s, sparkling wine was the ultimate status symbol of the royal courts of Europe. They believed it made men wittier and women more beautiful (I mean, I think we still believe this today!)

These days Champagne still looms large in the sparkling wine world. The luxurious glow beams all the way from France and into all our special occasions. However, Champagne is not the only game in town. While we will ALWAYS adore Champagne here at Small Wine Shop and highlight grower champagnes that we think are worth every penny, other regions are making traditional-style sparkling wines that also deserve a place at the table. Sparkling wines made using other methods offer different flavor profiles and bubble textures that are also worth exploring. These are sparkling wines from the Champagne region of France, using Chardonnay, Pinot Noir, and Pinot Meunier grapes and are produced via the Classic Method aka Méthode Champenoise, Metodo Classico, Méthode Traditionelle.

Leclerc Briant was an early adopter of organic practices beginning in the 1960s and pioneered the concept of single-vineyard Champagne beginning in the 1970s. Fifth generation vigneron, Pascal Leclerc began following biodynamic principles in 1988, with production Demeter certified since 2003. Today, enologist Hervé Jestin continues the legacy of this visionary house.

Champagne Chavost is a cooperative winery in the village of Chavot, currently led by the young and dynamic chef de caves Fabian Daviaux, who took over in 2019 at the young age of 30. Founded in 1946 by an original group of around 20 growers, the co-op is now comprised of the holdings of over 70 multi-generational growers.

Champagne Leclerc Briant Brut Rosé is racy and high-toned thanks to its high percentage of Chardonnay. Firmly dry, showing texture and richness.

Song: Rock The House by Gorillaz A term used as France’s shorthand for the country’s finest dry sparkling wines made outside Champagne using the traditional method of sparkling winemaking. The principal provenances of modern Crémants are Alsace, Bourgogne (Burgundy), Loire, and Limoux.

Cyrille spent most of his professional career as a math teacher in Paris, but he always dreamed of having his own vineyard. So, early in his career, he purchased a run-down home as an investment. After fixing it up, he was able to sell the home, retire and buy some 8 hectares in the Cheverny area. Today he has 11h. under vine and makes natural wine, specializing in sparkling wines of elegance and power, showing that natural, Loire sparkling isn’t just about pet-nat.

In the northernmost hills of the Alsace AOC of eastern France, Domaine Ansen has been a family of grape growers, fruit orchard farmers, cattle raisers, and all things in between for over 400 years. In the mid-nineties, Daniel Ansen set out to learn the trade of winemaking, spending time not only in Alsace, but also in Australia, the United States, and Bordeaux, where he went to enology school. In 2010 he moved back into the old family house with his wife Karine and took over the fields from his father. These wines are Italy’s “Champagne.” They are produced in the territory of Franciacorta in Lombardy, Italy, using the classic method.

At twenty-nine years old, Alessandra Divella is the Italian answer to grower Champagne, on track to upend the industrial farming practices rampant in Franciacorta. Her vines have been organic from the start and her two hectares, on lease for thirty years from an older neighbor, teem with life, including rosehips and praying mantises. The aim is to eventually move toward permaculture. Grapes are always hand-harvested and treated gently.

Divella Gussago Blanc de Blancs Dosaggio Zero is an absolute stunner of a zero/zero Franciacorta. Racy and full on the palate.

Divella Gussago NiNì Riserva is a powerhouse of a zero/zero Franciacorta that brings complexity, depth, and a lingering finish. Cava is Spain’s iconic sparkling wine style and the Iberian Peninsula’s answer to Champagne. While the original Cavas were produced exclusively in Catalonia, modern Cava can come from various parts of Spain, including Aragon, Navarra, Rioja, Pais Vasco, Valencia, and Extremadura. This relatively new designation of Cava requires that wines are made in the Classic method, in the heart of the Penedès region of Spain, from 100% organic grapes, harvested by hand and entirely vinified on the winery’s premises. Corpinnat combines two Spanish words and means “heart of Penedès.” These wines age for a minimum of 18 months and contain a minimum of 90% indigenous grapes.

Song: Something by The Beatles

Pétillant naturel is a style enthusiastically embraced by producers of natural wine who have coined the term pet-nat for it. The first French AOC created specifically for a style that has become increasingly fashionable in the 21st century was Montlouis Pétillant Naturel. A wide range of wildly diverse examples are currently made worldwide. Pét-nats use a process sometimes called méthode artisanale or méthode rurale. It is an extremely traditional but newly fashionable way of making lightly sparkling wine. It usually has some residual sugar and often contains some sediment. The process involves bottling young wines before all the residual sugar has been fermented into alcohol. Fermentation continues in bottle and gives off carbon dioxide. The resulting wine, generally stoppered by a crown cap, is sweeter and less fizzy than a classic method sparkling wine.

Song: Girls Just Want to Have Fun by Cyndi Lauper

Song: A Little Bit of Love by Weezer

Statera Chardonnay Petillant Naturel is a phenomenal small production pet-nat. Bright and fruity, with juicy apple, white floral, and a hint of salinity. Prosecco is a sparkling wine from north-eastern Italy, specifically the Veneto and Friuli-Venezia Giulia wine regions. It is also the informal name for the grape variety used to make these wines, now known officially as Glera.

Caneva da Nani is located in the hilltop village of Guia in the Valdobbiadene of the Veneto. The Canello family has been growing grapes in these mountains for 5 generations and making wine for themselves all along the way, since 1971 in an official way.  Today Massimo is at the helm having taken over for his father Giovanni in the past 10 years though Giovanni remains an integral part of the farming and winemaking tradition (‘Nani’ is his nickname, hence the winery name.  ‘Caneva’ is Venetian dialect for ‘shady spot to sit and drink wine’…I’m not making this stuff up:).