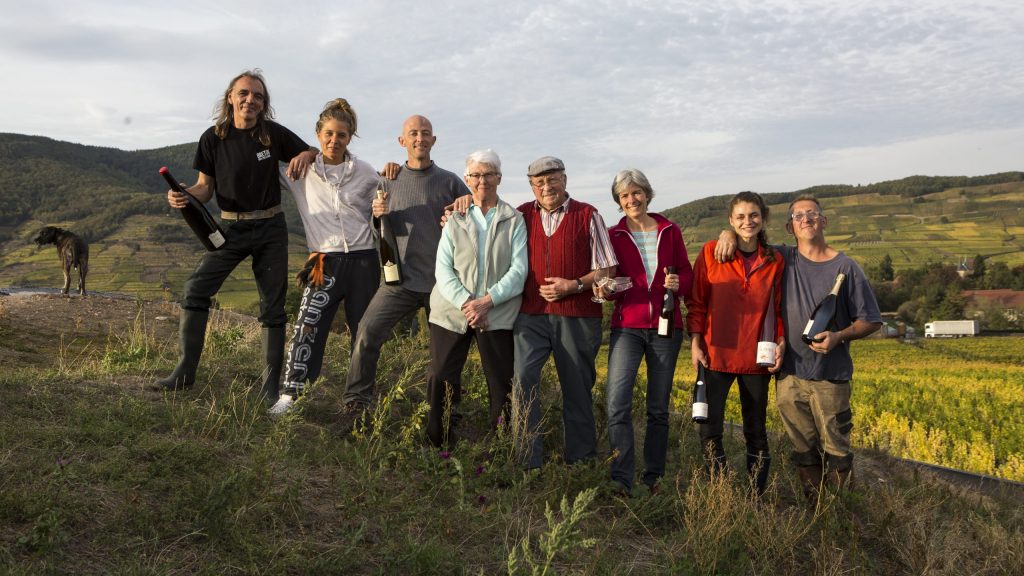 In our little corner of the wine world, there are winemakers, growers, sellers, and lovers of natural wines. Those who love wines made without adjuncts and harsh winemaking techniques. Those who want their wines to “taste alive.” Then some stand above everyone with a purpose and drive, leading others to follow. Lightning rods for a movement against overprocessed wine. One such lightning rod is Christian Binner.

Christian is an Alsatian natural-wine icon, championing organic and biodynamic viticulture and “less is more” winemaking. His wines come from manually harvested grapes, spontaneous fermentation only, aging in old foudres or tanks in Christian’s anthroposophic cellar. No fining, no filtration, no sulfur added. That last one is key to Christian’s winemaking philosophy, and he believes sulfur severely inhibits the life of a wine. 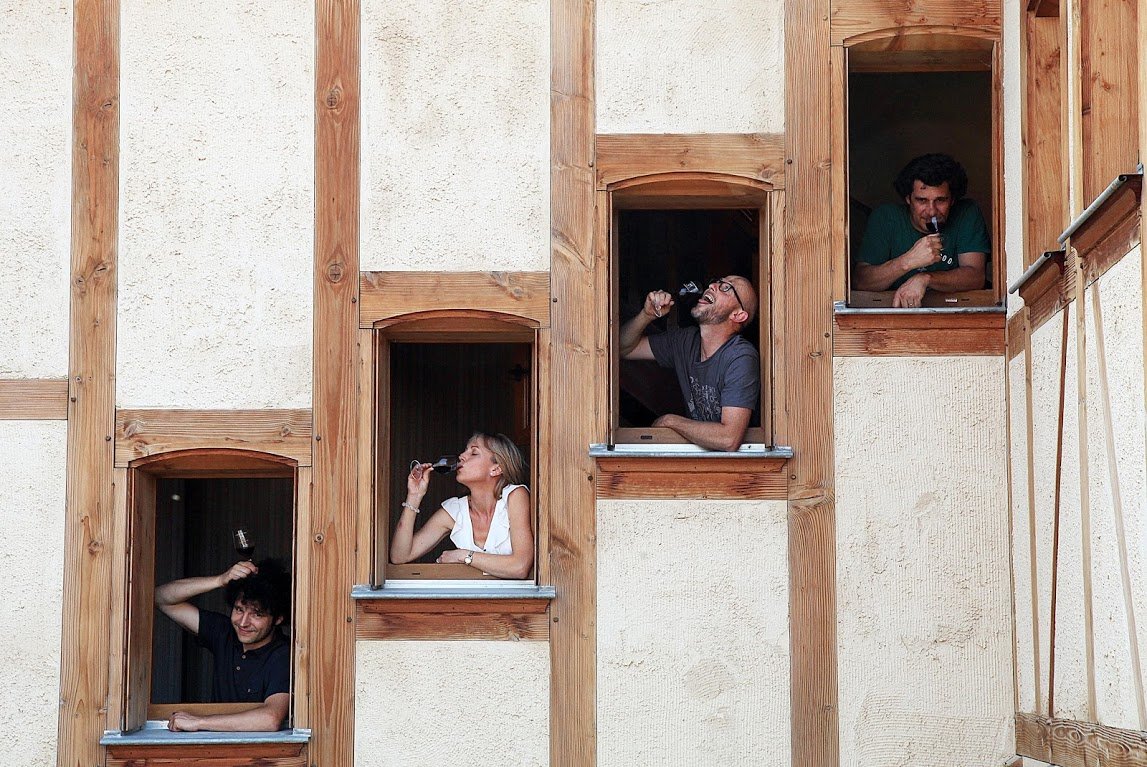 The Journey to Natural Winemaking

The Binners have been farming in the village of Ammerschwihr since 1770, first in polyculture and since WWII as full-on wine growers. Christian was lucky that his ancestors, although never officially certified, always worked the land in the organic spirit. In the 1950s, when mechanization and fertilizers started to take over, his father quickly realized that he preferred to continue to work as he was used to, i.e., with a lot of handwork, manure, and natural treatments for the vineyards. Thanks to this, the winery has vines as old as the 1930s, planted by Christian’s grandfather, that never saw chemicals in their life. His father, Joseph, was similarly careful in the cellar. With the help of the legendary Beaujolais grower and natural wine trailblazer Marcel Lapierre, who became a family friend, they were already making wines without added sulfur in the 1990s.

Natural Wine: It is the Little Things

With Christian taking the helm in 1999, the Domaine Binner doubled down in this direction during the 2000s, becoming certified organic and delving deep into biodynamics, opping it off with an official Demeter certification in 2020. For Christian, it’s not just about the soil health – he convincingly describes how all the little steps that form the day-to-day biodynamic practice, from collecting the herbs used in teas for the vines’ immunity, folding the grass under the vine instead of mowing it, doing most of the vineyard work including spraying by hand, or working the soil with horses rather than tractors, also create a strong connection to his vines and the local community.

Christian’s wines are made and age in a unique bioclimatic cellar constructed in the 2010s according to anthroposophical principles, using only local materials and natural shapes. He believes this maintains proper polarization and design flow. Both levels of the winery keep the temperature naturally stable, which has allowed Christian to make wines with better peace of mind and longer evolution. Keeping the yeast and bacteria happy is very important here – the Binner wines haven’t seen any added SO2 since 2013. Hence, they benefit from spending some time in the cellar to stabilize naturally. 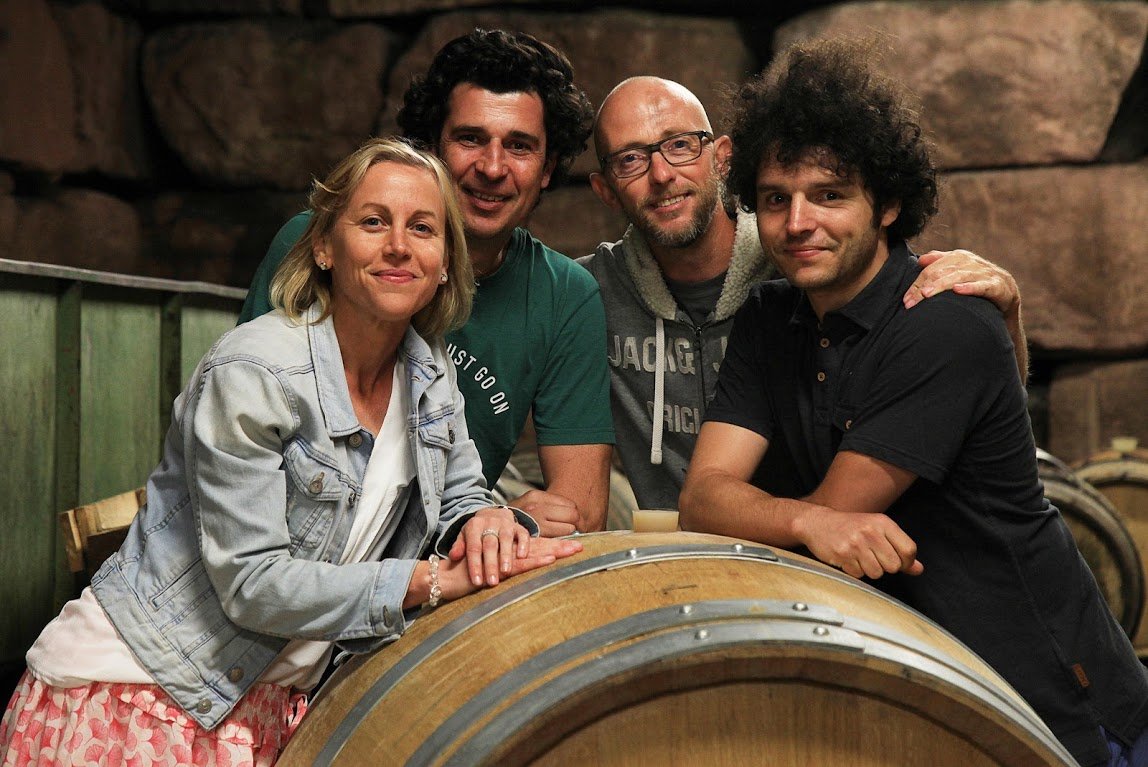 The longer elevages also bring on the unique terroirs he farms, including several Grands Crus. He recalls how Alsatian winemakers used to age wines for multiple years before release, “just like in Jura or Champagne,” a tradition lost in the ravages of WW2. The local norm shifted towards relatively easy and fresh wines, often sweet and usually monovarietal. All characteristics that don’t sit too well with Christian.

In 2015, Christian started Les Vins Pirouettes, an innovative, collaborative project helping his fellow Alsatian organic and biodynamic growers “who don’t always have the time or drive to deal with branding” to make zero-sulfur wines in their cellars. An uber-popular range of lovely wines confirms Christian as a truly innovative force in Alsatian winemaking.

Check Out Their Wines!

Song: Feel Good Hit of the Summer by Queens of the Stone Age

Le Vins Pirouettes Bullettes de David is a Riesling Pét-Nat made by Domaine Muller-Koeberle. A distinct Riesling character with a soft fizz.

Song: What Needs Must Be by Dead Meadow

Le Vins Pirouettes Saveurs de Raphael is a beautiful dry-style Gewurztraminer – all the flowers & spices without the heavy mouthfeel.