Earlier in December, Tracy and I had the pleasure to visit with Chris Miller of Seabold Cellars. Located in the small town of Marina, California, Seabold Cellars was established in 2014. The origin goes back further, to a shared bond between Chris and Peter Figge. Chris and Peter had much in common: a lifetime dedicated to studying their craft, visiting and working in vineyards around the world, exposure to many of the world’s greatest wines, and a shared belief that the Monterey Bay could join that conversation. Together they explored the top vineyard sites in the region, working together and learning from each other, excited about the potential that lay ahead. After several vintages of collaborating together, Peter passed away suddenly in 2017, and Chris took over the operation of the winery to honor and continue Peter’s legacy.

Prior to founding Seabold Cellars, Chris spent most of his career in fine dining restaurants. A New Orleans native, he worked his way through college learning about food and wine at Emeril’s and the Brennan family’s restaurants. The day after graduation, he moved across the country to study wine at Seattle’s legendary Canlis Restaurant. Inspired by the energy of up-and-coming Washington winemakers, Chris spent all his free time working in cellars in Walla Walla, making his first wine in 2006. In 2008, Chris took the position of wine director for Wolfgang Puck’s flagship restaurant, Spago Beverly Hills, quickly developing the program into a Wine Spectator Grand Award winner. While there, he worked towards his Master Sommelier diploma while regularly hosting many of the country’s largest wine collectors’ tastings. Chris spent harvests – and the few days off he had – in Sta. Rita Hills, working and studying under Greg Brewer at Brewer-Clifton and Melville. After 20 years in restaurants, he finally made the full-time switch, trading in his suit and tie for jeans and boots. 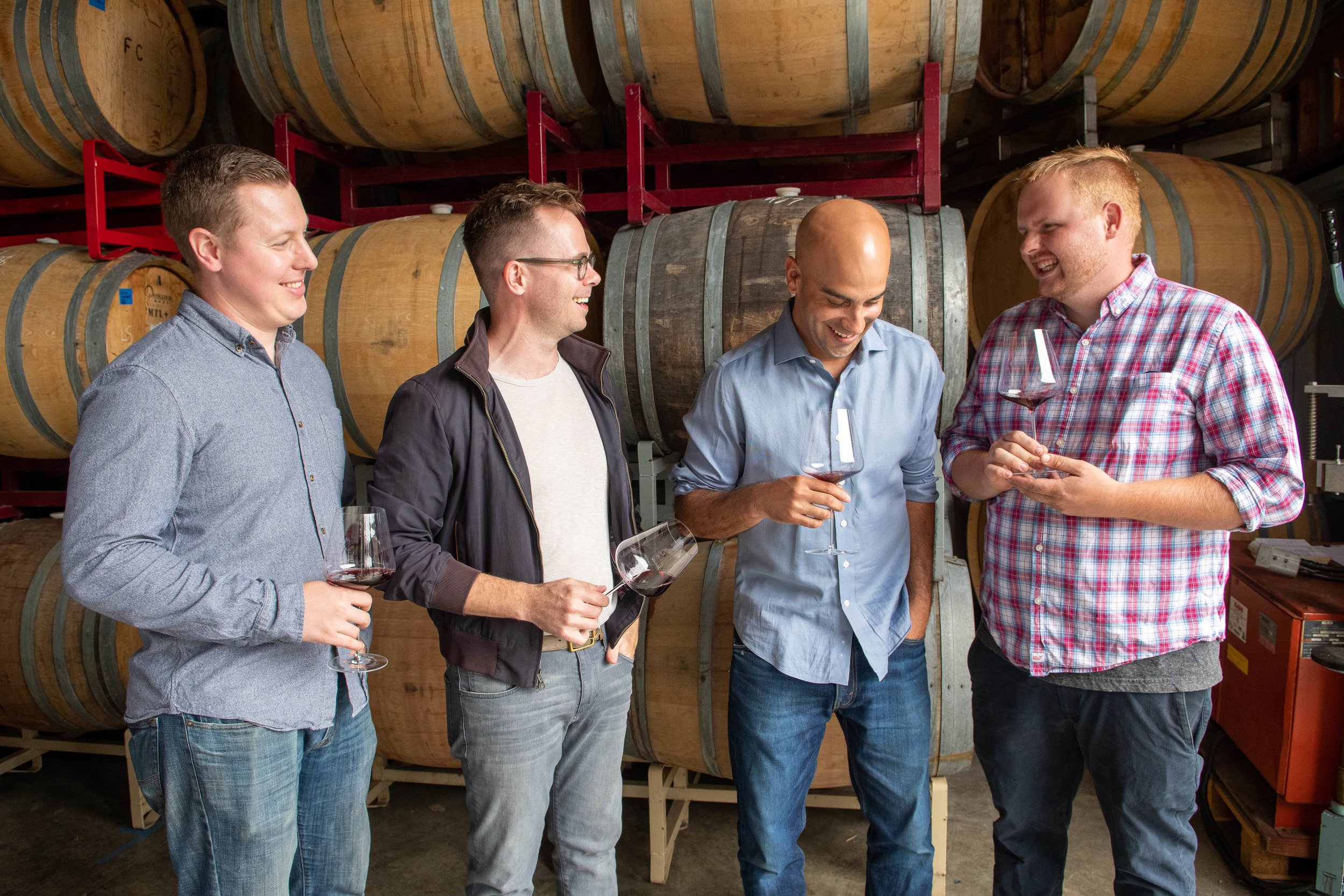 Bold Wine Company is a second label to Seabold Cellars. Chris believes that everyone should have access to delicious and balanced wines that speak to their place of origin. Every year he works with new vineyards and varieties for Seabold Cellars; those first few vintages, the new wines that Chris finds promising are released under the Bold Wine Company label. These are exciting, affordable, sustainably-grown wines from the Monterey Peninsula.

The Wines of Bold Wine Company

Song: Under the Sun by DIIV

Song: Pipeline by The Chantays

Song: I Thank You by Sam and Dave

Song: Something New by Babe Rainbow